Letter to Secretary – Ministry of Mines

The purpose of this letter is to seek your help in developing the Indian gold and other precious metals exploration and mining industry, along similar lines to that in countries like Australia so that, wherever possible, similar success levels are attained both in terms of discoveries and mine production.

More specifically, it is to create awareness, through you, amongst the regulatory authorities in India on practices being adopted by the International Stock Exchanges of major metal producing countries like Australia, Canada, the United States of America which encourage and facilitate the listing and fund raising requirements of exploration companies, but at the same time provide adequate protection for investors in these companies.

The unique feature, which distinguishes these exploration companies from others, is that until such companies make discoveries and commence mining operations, they do not record profits or pay dividends. Yet they need substantial funds for exploration, prior to making discoveries and generating revenue, which internationally have been accessed through the public listing route.

It is hoped that circulation of this letter will at the very least spark debate on whether and how best such practices can be adopted in India. The regulatory authorities to whom this letter could be circulated should include The Securities Exchange Board of India (SEBI), the Mumbai Stock Exchange (BSE), and The National Stock Exchange (NSE). To illustrate how such practices have helped fast track the development and realization of mining potential in other countries, I firstly provide a comparison of the Indian gold mining industry with its counterpart in Australia and then address the ability of international exploration companies to raise funds via the public listing route.

The Gold Miner Excavating Nothing But 13 Years of Red Tape 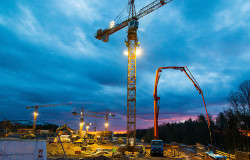 More gold, diamond mines to come up in Karnataka